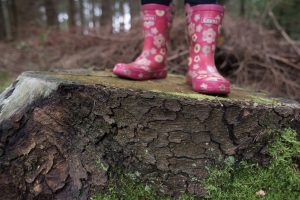 In the UK we are spoilt for choice when it comes to walking. Our diverse landscape supplying valleys, glens, cliff faces and curling countryside lanes can satisfy even the most discerning walker’s expectations.

Whether you have been inspired by Julia Bradbury’s Best Walks With A View or if you simply can’t wait for the summer to go exploring in your motorhome, have a glimpse through a few of what we think are some of the best walks in Britain.

Walking in The Yorkshire Dales

The Yorkshire Dales National Park is well known for offering some of the most interesting and varied walks in the whole of the UK. With secret caves, dramatic waterfalls and breath-taking viaducts what’s not to love about ‘the dales’?

The three peaks of the Yorkshire Dales include a host of different walks including the obvious hilly treks of the three peaks that exist there; Pen-y-ghent, Ingleborough and Whernside.

If you don’t fancy climbing a large hill then there are plenty of other low level alternatives in this area. The village of Dent is a popular walking destination and you can reach it via Sedbergh. The relative difficulty of getting to Dent allows it to maintain its original untouched countryside appeal. There are cobbled streets, an old church and you can easily take a stroll to the Banks of the River Dee. The village has its own Brewery and there is a music festival in late June. 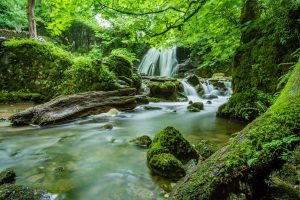 Sedbergh is a small town which lies at the bottom of Howgill Fells on the River Rawthey, it is well kept thanks to park rangers and volunteers. In Rawthey Valley there are plenty of lowland walking routes and if you are looking for something a little more challenging then have a look at Howgill Fells which consist of mountains that lie between the Yorkshire Dales and the Lake District.

Upper Wharfedale is one of the most popular areas in the Dales and comprises a constellation of villages, including Great Wher 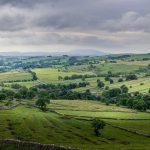 nside, Old Cote Moor and Birks Fell. Janet Foss is a small waterfall located in Malham. It has a circular walk which begins at Malham National park. Allow 90 minutes to take you to the path off the Pennine Way where you will find a clear path leading from Malham Cove straight to the village – 3.9 miles away.

Walking in The Brecon Beacons 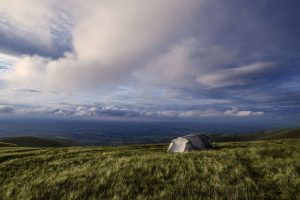 Pen y Fan is the highest part of the Brecom Beacons and stands at 2907 ft. The northerly views here are spectacular and the flat summit at the top is one of the most popular walks.

Hill walking is possible on the long high ridges of the Black Mountains and walking in the valleys provides a less demanding kind of stroll. If you are looking to cover some distance then there are three tracks which run through the Park where there is a 100 mile walk, beginning at Abergavenny and running to Llangadog. There is also a 55 mile walk called the Taff Trail which stretches from Brecon to Cardiff.

Walking in The South Downs

The South Downs is Britain’s newest National Park, being officially named as such in March 2010. It is over 1600 sq km and starts in Winchester, moving to Beachy Head. The park is host to a huge amount of different habitats and the area has a long history dating back to Norman times. Walkers can enjoy ancient woodlands and downs that stretch to the cliffs of the famous Seven Sisters and Beachy Head. The South Downs Way provides walkers with some spectacular countryside views, and you can see here some varied wildlife pubs and villages. It stretches from east to west and is 100 miles long, following the old routes across chalk ridges and landscape of this. This walk can take around 8- 9 days to complete if they travel around 12 – 15 miles per day.

Walking in The Cairngorms 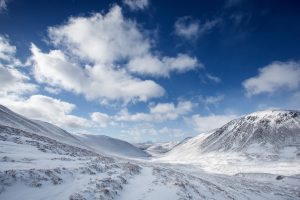 Formed in 2003, the Cairngorms is the UK’s largest national park. Here, there lives a wide variety of rare animal and bird species and the area contains three out of four of Scotland’s highest peaks, a major reason walkers are drawn to this part of the UK.

Situated in North East Scotland, this area has a special beauty all of its own. While it can appear barren compared to other traditional English walks in the UK, there is a drama about the sheer amount of space that catapults you back in time when the Ice Age glaciers were more visible.

The area is surrounded by the River Spey and Dee. Aviemore is perhaps the most well-known destination here and to the south there is Royal Deeside, Tomintoul, Ballater and Braemar. All of which have their own Highland Games. 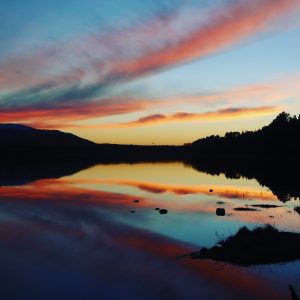 Walkers can go on high or low ground here and there are varying levels of difficulty associated with each walk. If you don’t fancy challenging yourself with the mountainous walks then you can do many of the less demanding walks in 24 hours.

Most villages in the area will have a community path leaflet which will show you where you can walk. The Speyside Way and the Deeside Way are two of the trails which are a little longer and allow for stunning routes. The old drove roads like Lairig an Laoigh and the Lairig Ghru link together across the park. The paths which used to be used as ‘thieves roads’ to transport illicit whiskey through the mountains still serve as pathways that connect the communities that live together in the vast and magical Cairngorms cosmos.

Winterisation – Getting Out In Your Motorhome During Winter

New UK Attractions to Visit in your Motorhome in 2020

Top Tips for Ferry Travel in your Motorhome