Visit London’s top historical attractions in your motorhome with some of our ideas and tips here.

Enjoying a trip to London in your motorhome can be so much more simpler than using other forms of accommodation and transport to get to and appreciate the nation’s capital.

Built by the Romans it was originally called Londinium.

It has grown hugely over the centuries; surviving the plague, the Great Fire of London and to become one of the world’s biggest cities, with people flocking to its unrivalled history and interesting attractions every year. 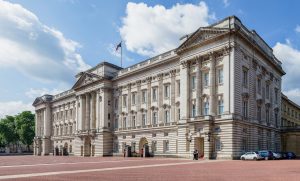 Places To Visit In London

Below we have listed some of the top historical attractions the city has to offer.

St James Park is one of London’s oldest parks and it still very popular with visitors thanks to its generous size and natural beauty.

It is called St James Park because it was originally created for King James I in the 1600s, a time when camels and other exotic creatures like elephants and crocodiles also resided in it.

There are lots of different birds living within the park today and there is a lake that runs through it.

Feeding time at the lake happens every day at 2.30 pm when pelicans are fed by wildlife officers from the park.

Don’t miss The Mall and the Horse Guards Parades when you go.

The park is open from 5 am until midnight every day and is very accessible by tube and bus.

Beginning life as a vegetable garden in the Middle Ages it is now a busy market that sells all kinds of items as well as the original fruit and veg offerings it began with.

Covering the cafes, stalls, craft shops, jugglers and street artists, there is a glass-roofed building which was built in 1830.

One of the best ways to expereince Covent Garden is travelling there on foot, leaving you free to roam around the many different cobbled streets within it.

It is on the Piccadilly line if you are getting there via tube.

Buses and bikes are also a good idea for getting into Covent Garden with lots of bus routes and stops available, as well as bike racks for leaving your bike.

While you’re on your motorhome trip to London why not visit the Tower of London?

The Tower is an ancient fortress consisting of 21 other towers.

It is best known as being a prison where enemies had their heads decapitated.

Now it is a museum and home of the Crown Jewels.

Protected by Beefeaters who guard it, they also give visitors a tour around it.

Whilst the London Eye is not a historic attraction, taking a ride on it certainly means you’ll get a birds eye view of many of London’s oldest buildings, as well as many new ones too. 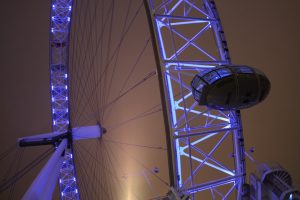 the ‘must do’ attractions in London.

Measuring 135 m high and with 32 capsules to ride on, the Eye was built in 2000 to celebrate the turning of the century as a temporary monument and has now become a permanent fixture.

The whole jounrey on the London Eye takes around half an hour and viewers can see Windsor Catle on a clear day.

Shakespeare’s Globe Theatre is one of the most popular attractions in London.

It was completed in 1987 and designed to mimic the playhouse that stood close to the ground.

You can get a tour around the theatre and they depart every 30 minutes and are available between varying times, it is worth checking the website to see what these are.

The standard opening hours are daily from 9 – 5 pm.

The famous Harrods department store started life as a small shop in 1849 and it now has over 330 departments.

It is also home to the world’s very first esculator.

Madame Tussauds Wax Museum is famous throughout the world, first strarting life when Marie Tussaud opened it on Baker Street in 1835.

Today, two million visitors come to the museum every year to see the wax models of famous actors, royalty and pop stars.

Inside there is the Chamber of Horrors featuring wax models notorious for their crimes throughout history.

Tickets are available to book online and there are a number of different deals for other London attractions available on the website.

Buckingham Palace has to be one of the main attractions in London.

It has been the home of the Royal family since 1837, and there are 800 rooms within it, including a post office, a cinema and a chapel.

Some of the rooms are available to view on tours during the summer.

Houses of Parliament is another world famous sight tourists flock to in London, with famous rooms including the House of Commons and Westminster Hall.

Our number 10 choice is a fitting one.  It’s the home of the British Prime Minister and has been since 1735.  It’s 10 Downing Street.  A must if you want to explore some political landmarks in the capit 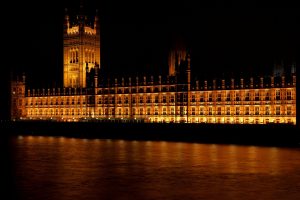 Royal Albert Hall is dedicated to the memory of Prince Albert and is famed for hosting classical concerts.

These days the venue is used for all kinds of different events from ballroom dancing to circuses and car shows.

The Old Bailey is the central criminal court of great Britain and is named after the street it stands on.

It stands on the site of an old prison – where executions used to take place.

Trafalgar Square was built in commemoration of the British naval victory in 1805 following the Battle of Trafalgar. Political rallies, celebrations and art displays can be found there nowadays.

London Zoo opened in 1828 and is the world’s oldest scientific zoo.

It opened to the general public in 1847 and visitors can now see over 750 different species of animals there.

The zoo is situated in regent’s Park and tickets are available to book online.

If you’re visiting London’s top historical attractions you’ll likely also want some ideas on where you can park your motorhome.

Here are a few places which are within near distance of the capital which provide parking and camping facilities for those travelling in a motorhome.
Crystal Palace Caravan club Site, Crystal palace, London, SE19 1UF

This is an ideal site which accepts motorhomes and is close to the centre of London. You can get the number 3 bus which operates through the night and goes into the city centre passed Trafalgar Square and Piccadilly Circus and ending up at Oxford Street. Some of the closest attractions to this site include: covent garden, Tower bridge and the Imperial War Museum.

The site offers hard standing pitches, internet access, showers laundry facilities, transportt links are around one mile away and around five miles away are bars and restaurants.

This is a site in rural setting with great railway links that will take you into the centre of London in just over half an hour. London Dungoens, The London eye and London Zoo.

This site is open 365 days a year, has hard standing pitches, showers, electric hook ups, motorhome points, a children’s play area and wi-fi. Within around one mile are shops, bars and transport links.

We hope you enjoy visiting London’s top historical attractions and if you can think of any historic attractions we’ve missed don’t hesitate to give us a shout and we’ll add them to the list.

Festival In Style With A Motorhome